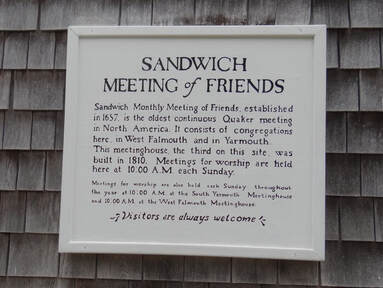 Another very significant dynamic in the Town’s early days was the rise of Quakerism. The Religious Society of Friends (Quakers) challenged the regional government who at the time mandated attendance and contributions to the Pilgrim Church. Christopher Holder, a Quaker from England, preached in Sandwich and converted many. Plymouth Colony authorities fined and persecuted the Sandwich Quakers who often had to meet in secret. Sandwich’s leaders by and large felt they should let the Quakers worship as they wished unharassed, and thus the Sandwich Quaker Meetings are the oldest continuously kept Friends Meetings in the United States. 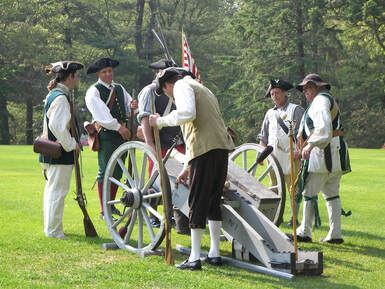 During the Revolutionary War, Sandwich residents generally supported the Patriot cause but there were some with strong Tory beliefs which led to several episodes of conflict. In 1775 a Liberty Pole was erected in the Village and a large group rallied to march to the Barnstable County Courthouse to demand the Court no longer act in the name of the King. While they were away, a group of Tories cut down the Liberty Pole but were apprehended and punished. A few days later, a prominent Patriot, Doctor Nathaniel Freeman was accosted and beaten while walking through town. The Tories involved were apprehended and punished. A sizable group of Sandwich residences were forced to leave for Nova Scotia when their support of Britain made them unwelcome in Sandwich.